Anatomy of the ear and how the hearing system works 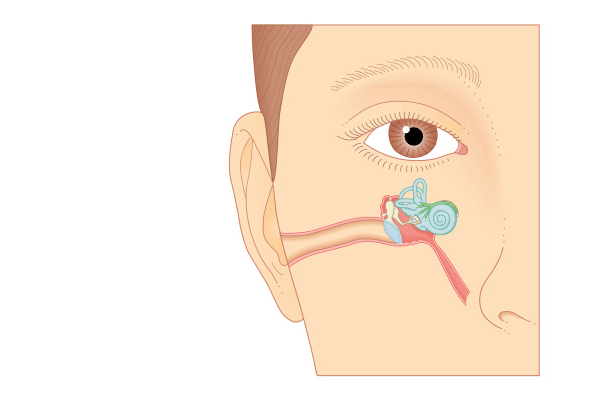 First part of the anatomy of the ear is the outer ear. The outer ear consists of two portions, the visible pinna and the outer ear canal. Their main function is to protect the eardrum. The pinna is the visible skin covered cartilage on both sides of the head it helps collect sound waves and localizing the sound source. The outer ear canal leads sound waves to the middle ear and it is where earwax is produced. Earwax contains chemicals that fight off infections that could hurt the skin inside the ear canal. Earwax collects dirt and foreign particles that enter the ear to keep it safe and clean.

The second part of the anatomy of the ear is the middle ear. The middle ear refers to the air filled space separated from the outer ear by the eardrum. Once the sound waves have travelled through the outer ear canal, they reach the tympanic membrane commonly known as the eardrum. The eardrum is attached to the three smallest bones in the human body known, the ossicles. Together, they form the mechanical chain of the middle ear. The eardrum is a thin rigid piece of skin that is also very sensitive. The slightest air pressure fluctuations caused by sound waves cause the eardrum to vibrate. The vibrations of the eardrum are then emphasized by the ossicles to fulfil the middle ear’s primary role. The sound waves are amplified into mechanical vibrations perceivable by the nervous receptors of the inner ear. The Eustachian tube connects the middle ear to the throat and nose. It allows for the balance of air pressure on both sides of the eardrum, hence optimal performance.

The last part of the anatomy of the ear is the inner ear. It consists of three structures intimately related to one another. The vestibule and semicircular canals function to maintain balance. The cochlea is responsible for the nervous signals caused by sound waves. The cochlea’s main function is to translate the middle ear’s physical vibrations caused by the sound waves into electrical impulses perceivable by the brain. The cochlea shaped as a curled tube is filled with liquid. The vibrations caused by the ossicles enter the cochlea through the oval window and sets the liquid in motion. The resulting liquid waves travel all the way to the round window at the other end of the cochlea, exciting tiny nervous hair cells along the way. Based on their position inside the cochlea, these excited hair cells will create pitch (tone) specific electrical impulses which are carried to the brain by the auditory nerve.

HOW THE EAR WORKS 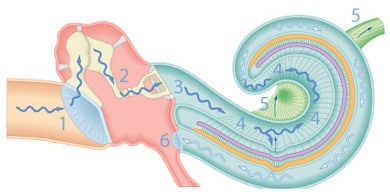 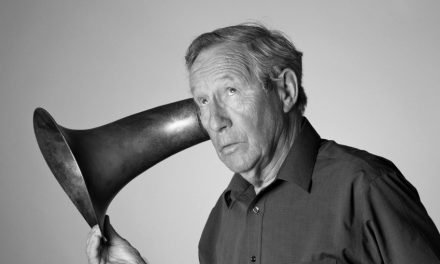 What are the different types and causes of hearing loss

How to detect a hearing loss? 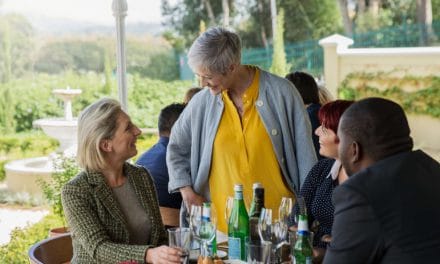 Can’t hear well in the restaurant, watch this!

Be the first to receive our exclusive offers and latest news throught our newsletter!

You have Successfully Subscribed!